When you’re watching the Tour de France on TV, you’ll hear the commentator talking about different colour jerseys.  But what do they all mean?  To help, here is the Cycle Sprog kids guide to Tour de France jersey colours.

There are four different jerseys awarded in the Tour de France.  The most famous is the yellow jersey, but there are also green, white and a polka dot jersey awarded each day.

Many people think that the cyclist who wins that day’s race gets the yellow jersey, but this is WRONG!

This rider is called the Stage Winner, and they get to go up onto the podium and celebrate their win. They don’t get a jersey just for winning a stage.  Sometimes the stage winner also wins a jersey, but this doesn’t happen every day.

The coloured jerseys are awarded to riders for being the best or fastest in the overall race, and they get to ride wearing the jersey the next day.  The Jersey is made of a material called Polyester that keeps the rider cool.

At the end of each stage of the Tour de France, the cyclist with the FASTEST OVERALL time from the very start of the race gets to wear the famous Yellow Jersey. This is called the ‘Maillot Jaune’ in French. 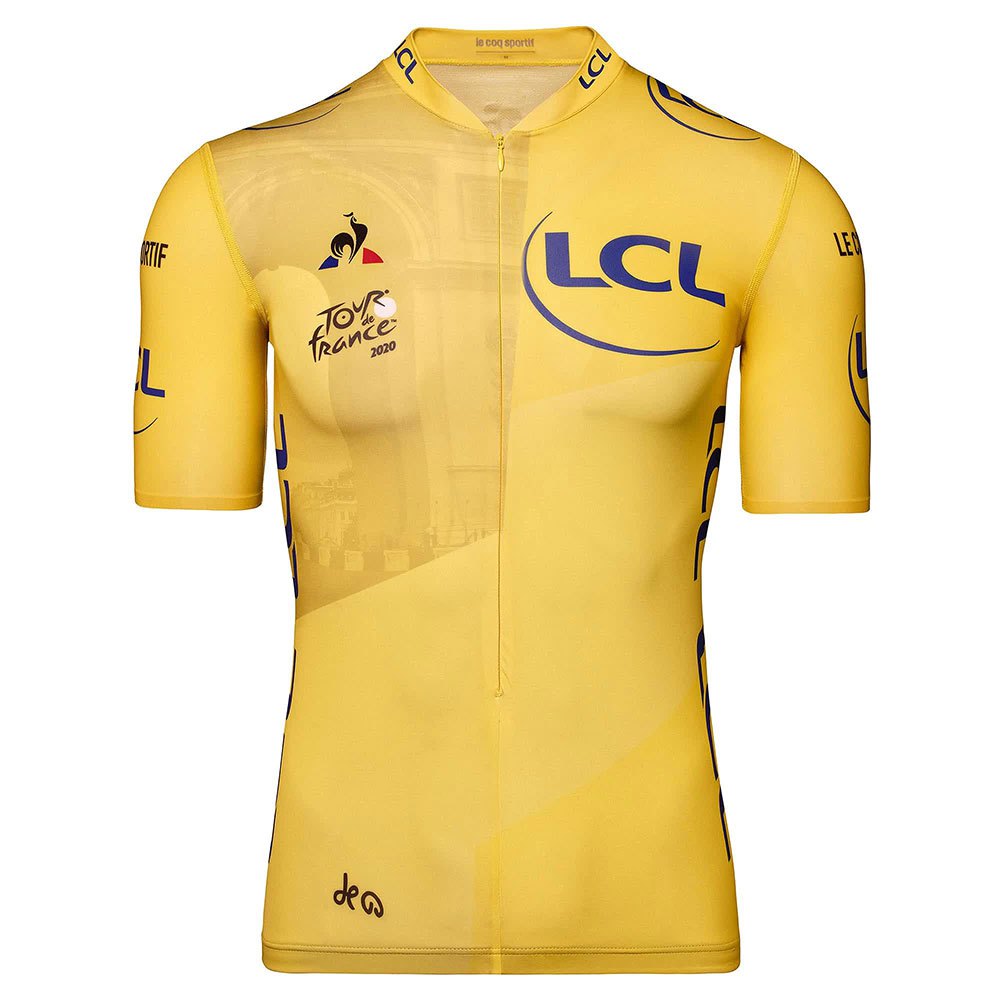 When a cyclist crosses the finish line their time is recorded, and this is their time for that day (know as a stage). At the end of each day, the cyclists have all of their stage times from the start of the race added up.

The cyclist with the quickest overall time from the very start of the race is awarded the yellow jersey to wear on the next stage of the Tour de France.

It is possible for Tour de France rider to be wearing the yellow jersey and not to have won a stage.  They may have finished in the top few places every day, meaning that they are a very fit and have a very fast overall time, but have not actually won a stage.

Sometimes one person leads all the way through the Tour de France and gets to wear the yellow jersey every day. The first person to do this was the Italian Ottavio Bottecchia in 1928. It has only happened 3 times in the races’ history – the last time was in 1935.

The first time the yellow jersey was ever worn in the Tour de France was on 19th July 1919. To celebrate 100 years of the yellow jersey there was a different design for each stage (just for 2019). This the one that was awarded for the final stage in Paris: 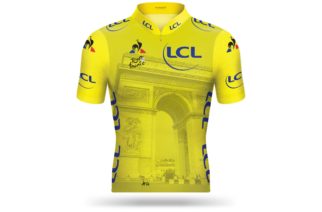 If you want your own kids sized yellow jersey you can check out this post on where to get them. 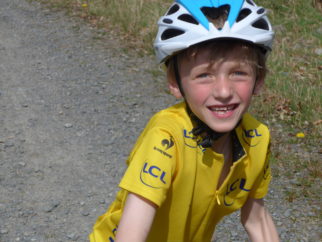 The best climber in the Tour de France is known as the ‘King of the Mountains’. They are awarded the polka dot jersey. It is white with red dots and is known as ‘maillot a pois rouges’ in French.

The King of the Mountains is the rider who has the most points from the mountain stages.  Points are given out to riders who get to the top of the mountains first. The steeper the mountain, the more points a rider can get.

Richard Virenque was the overall King of the Mountains seven times between 1994 and 2004.

If you’re a good hill climber you could ask for a kids size King of the Mountains replica jersey for your next birthday! 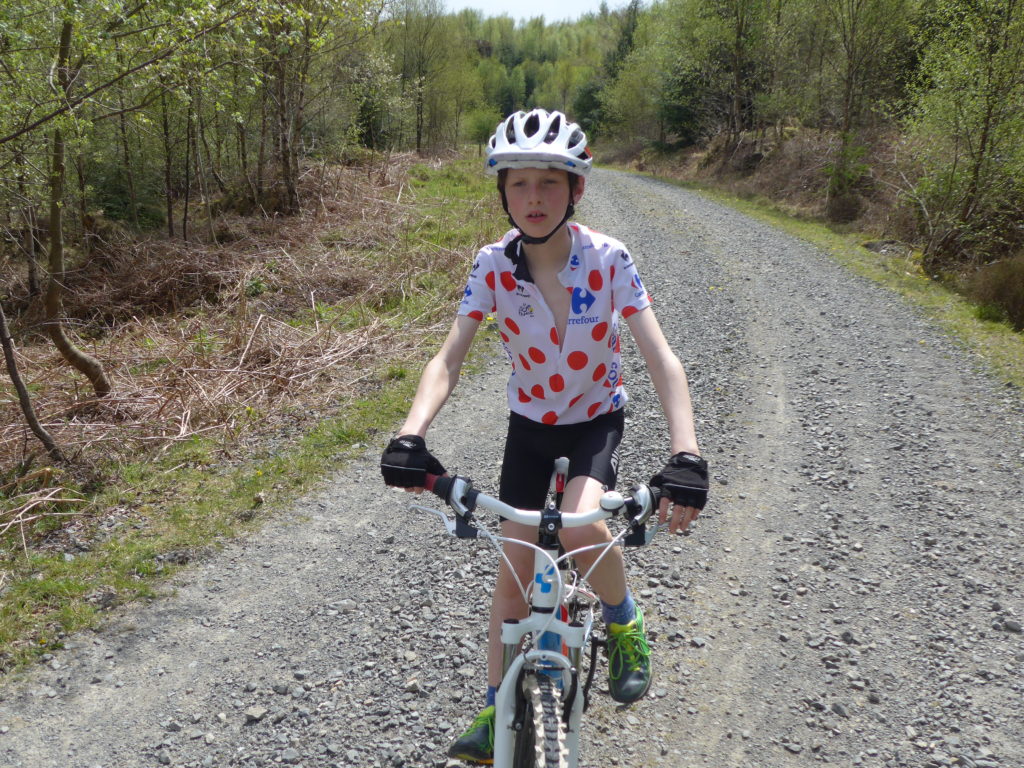 The Green Jersey is officially known as the “Points Classification” jersey, but it’s often called the Sprinters Jersey. The green jersey is worn by the best sprinter and time trialist.

In French, the green jersey is known as the ‘maillot vert’. 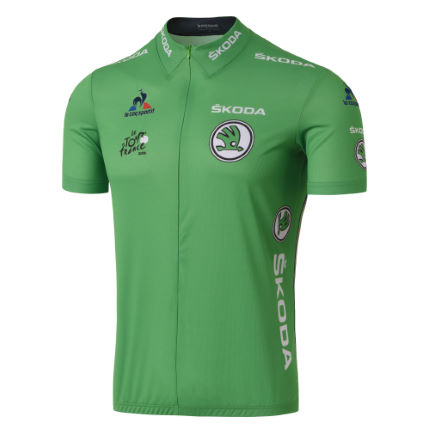 Points can be taken off a rider if they do something wrong and break the rules of the race. 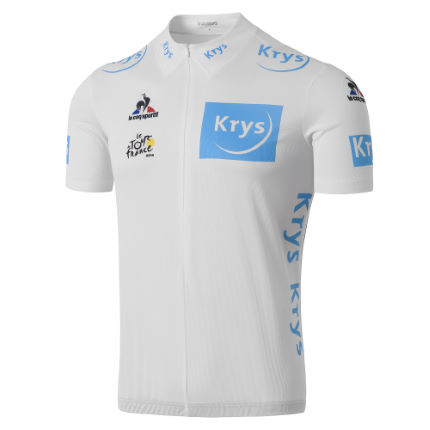 The Tour de France White Jersey is given to the best young rider (under 26 years old) overall. In French, the white jersey is known as ‘le maillot blanc’.

The race organisers use the same maths to work out who wears the white jersey as they do for the yellow jersey.

It is possible for a rider who has not been in the lead, and never worn the yellow jersey, to win the overall Tour de France by cycling very fast on the last day. This has only happened twice so far – in 1947 and 1968.

All the riders in the Tour de France belong to a team, and each team has their own jerseys, which show who the team sponsor is.

During the period 2010-2019 Team Sky was one of the most successful Tour de France Teams, with Bradley Wiggins, Chris Froome and Geraint Thomas all winning whilst they wore the Team Sky jersey. 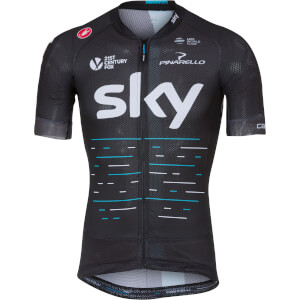 By 2019 the team was no longer sponsored by Sky, and they are now known as Team Ineos Gernadiers.   It’s possible to get kids sized replicas of the Ineos Grenadiers team jersey. 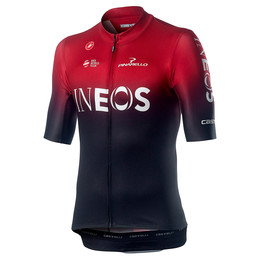 If you’ve enjoyed reading our Kids guide to Tour de France jersey colours you can find out more about some other cycling jerseys here. 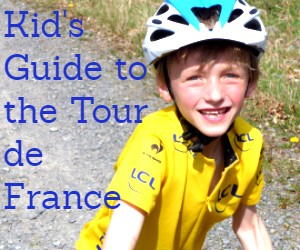 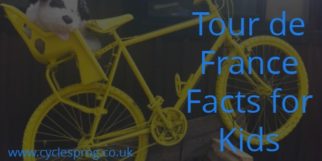 This Kids Guide to Tour de France jersey colours was first published on 21st June 2013, and has been updated for the 2021 Tour de France

Affiliate Disclosure: Cycle Sprog may get a small commission from purchases made when links on this page are clicked. We use this to fund the website – thank you so much for your support. 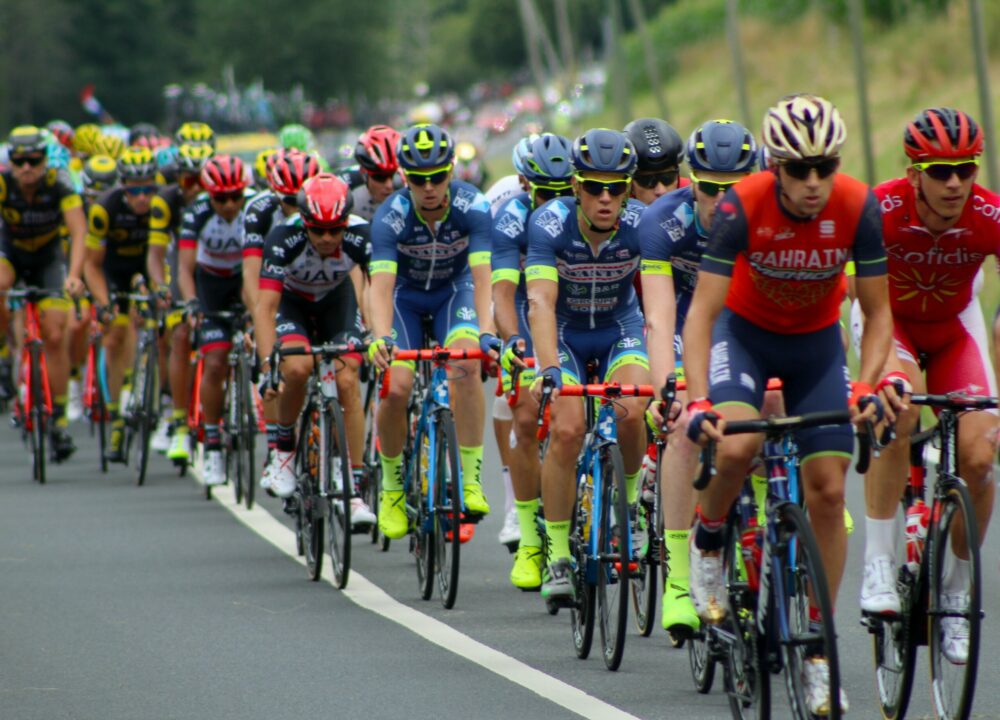 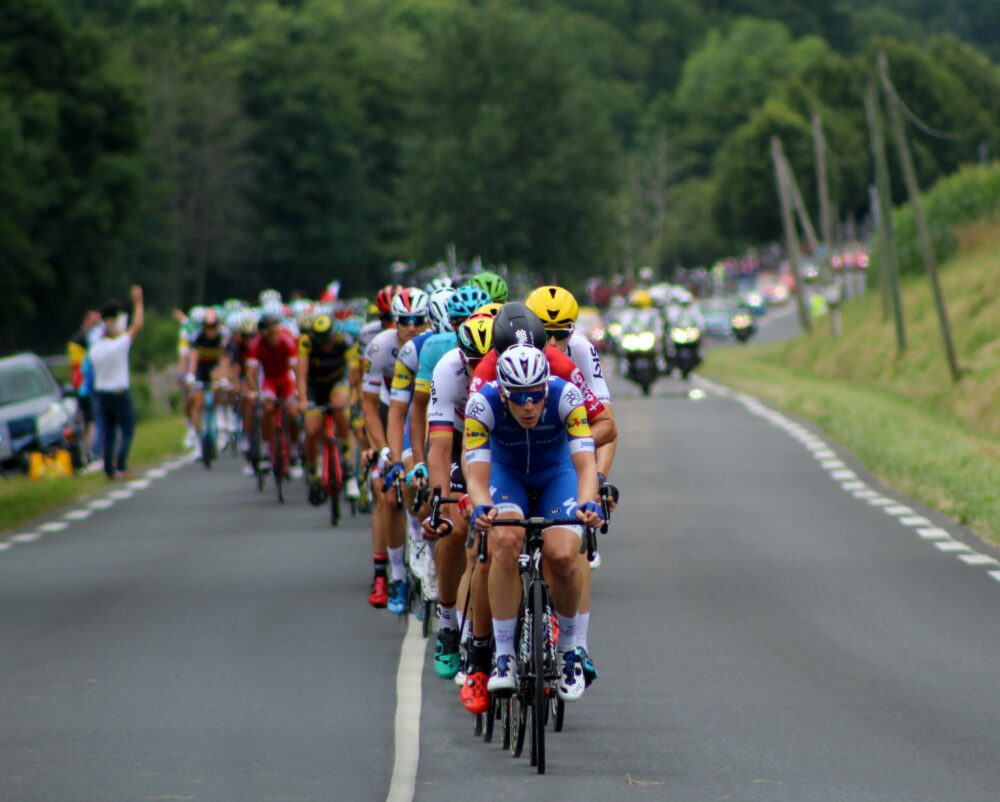 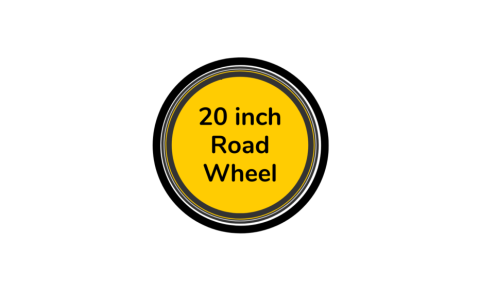