If you’ve been enjoying watching all the cycle racing from Tokyo, then hold onto your saddle!  Things are about to get fast and furious as we head over to the BMX!

Don’t forget to download our FREE Tokyo Cycling I-Spy – how many things can you spot whilst you’re watching the BMX?

Kids Guide to BMX in Tokyo

What is BMX Race?

BMX riders race head-to-head over a highly technical course with jumps and banked corners called berms. The riders sprint up to speed and do huge jumps as they race to be the first over the line! 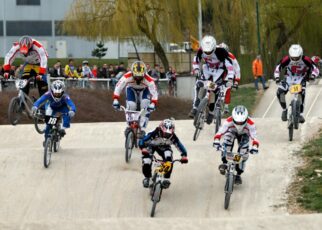 The racing has quarter-finals, semi-finals and finals over two days.

The Quarterfinals have 6 racers and they race each other three times and get points for each place they finish in, so 1st place gets one point, 2nd place gets 2 points and so on.

The lowest number of points after the 3 races is the winner, and the top 4 riders go through to the semi-finals.

In the BMX Race Semi-finals, there are 8 racers on the track and they do 3 races again and the top 4 riders from each semi-final go through to the final.

The BMX Race Final has 8 racers, but this time only one race to decide the winner and the medals.

How long is it?

Where does the BMX take place?

In Tokyo this is housed at the Ariake Urban Sports Park, which also hosts the BMX Freestyle and the Skateboarding.

What bike is ridden for BMX race?

A BMX bike with 20inch wheels designed for super-fast acceleration

What are the rules of BMX Race?

First over the finish wins!

Qualify for the finals in the heats, then win the final.

Who are the best in the world?

What to look out for during BMX Race?

After the excitement of the BMX Race, comes the Freestyle.  This isn’t a traditional bike race – instead it’s a judged event (like the gymnastics or skateboarding) where the rider has to impress a panel of judges.

What is BMX Freestyle?

Riders do a routine of various impressive tricks on their bikes.

Each rider completes two 1-minute runs, both of which count towards their final score.

There are many different BMX disciplines that are all classed as “freestyle”.  There’s Park, Street, Dirt, Vert and Flatland.

Currently, Park is the only BMX freestyle discipline that’s classed as an Olympic sport.

How do you win BMX Freestyle?

Riders are given an overall score between 0 and 100.  Judges are looking for difficulty, originality, style and execution.

What are the rules?

There are limited rules – which is why it’s called “freestyle”! 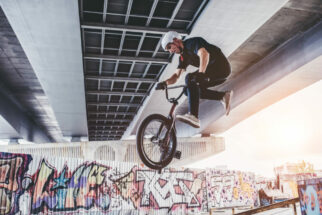 What does BMX stand for?

BMX has its roots in racing on a track. It originally started as a cheap alternative to riding Moto-X (motor bikes).

As BMX bikes gained huge popularity in the 1980s people started using these small bikes to do tricks and stunts.

Where does it take place?

What bike is ridden? 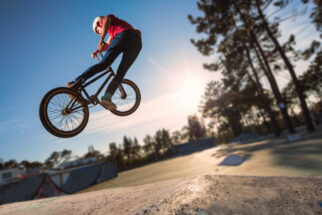 Keep your child dry on their next cycle ride with an easy to carry, packable waterproof cycling jacket 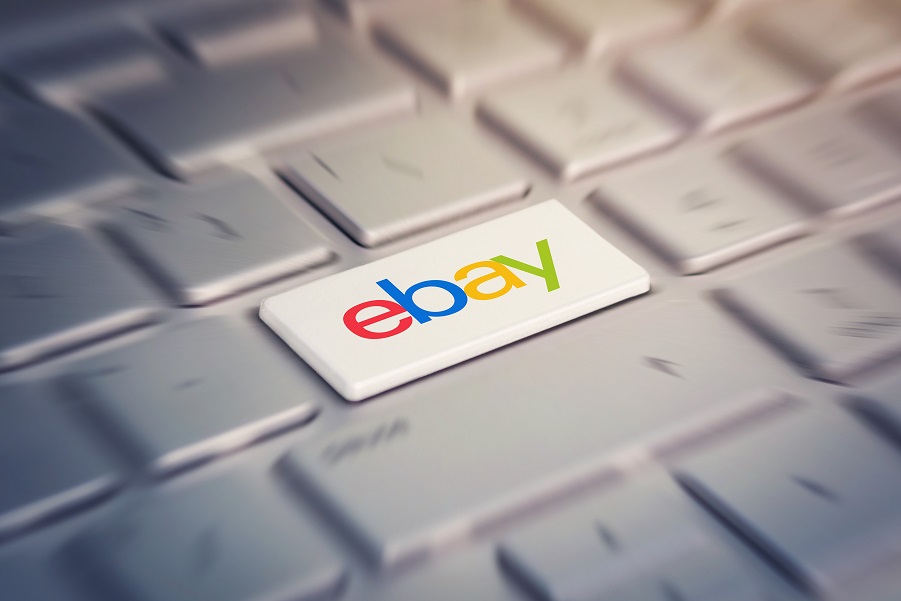 How to sell a kids bike on Ebay

If you're thinking of selling your kids bike on ebay, check out our step by step guide to getting it right first time 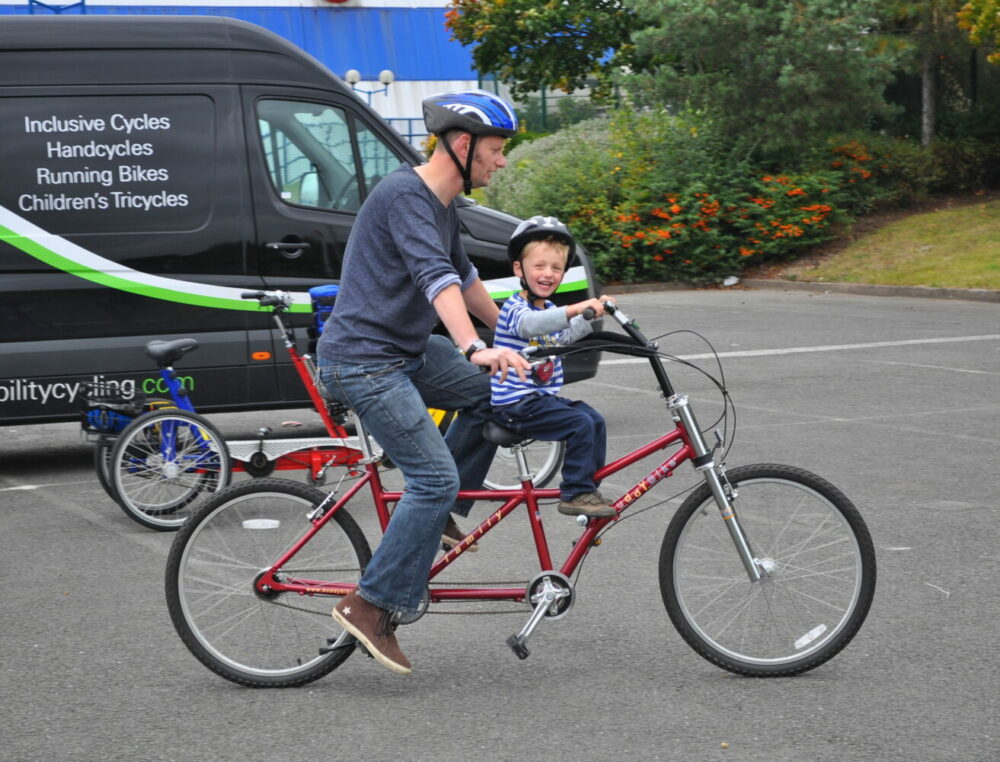 Cycling with older kids who have a disability or special needs

There are lots of options for children who don't use a two wheeled bike. From balance bikes to adapted trikes, we take a look at what's available