A few weeks ago I received an email from Worx Bikes, asking if we’d like to review one of their junior models. For those of you who haven’t heard of Worx Bikes, they are a small company based in Oxfordshire, whose creations are aimed at the racing market. Obviously, I was intrigued by their new 2018 range, which includes road and cross bikes with 24″, 26″ and 700c wheels, as well as 24″ and 26″ wheeled hybrids. I knew that Cycle Sprog readers would be interested too, so for your benefit dear reader, I said yes to the offer (I know – the things we do for you!) and a couple of days later we received the Worx JA-700 junior road and cyclocross bike to review.

The reviewer for this bike is our eldest Cycle Sprog, 11-year-old N.  He’s been growing a lot recently and has been at the absolute limit on his Islabikes Luath 26, so definitely ready for the move up to a larger bike. He’s not a keen racer but is developing a real love of road cycling to go alongside his mountain biking. Living in Cumbria we have some great quiet roads to ride on, but they are rather hilly so he needs a bike (and legs!) to get him up and down the steep roads with ease.

In true Cycle Sprog style, I thought I’d do a quick first impressions review of the bike so you’re aware of the model we have on test. Then there’s a bit of a wait as the bike gets put through it’s paces for a number of months before the final review goes live.

Out of the box

The first thing we noticed when unpacking the Worx JA-700 is just how light it is (8.8kg).  This was confirmed by N, as he found it really easy to lift and carry it up and down steps.  This is really important for us as we live in a house with a number of steps down to the pavement outside.  N actually looks as if he’s in full control of the bike rather than heaving it up and down with difficulty, which happens with heavier bikes.

The second thing we noticed was the design – it looks like a serious bike for a serious cyclist. 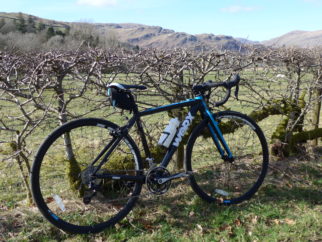 This isn’t a kids bike – it’s an adult race bike scaled down for a younger rider. This is reflected in the price – at £695 the Worx is towards the top of the price bracket for junior road / cyclocross bikes. However, looks aren’t everything and cost doesn’t always mean quality, so thankfully N was desperate to get out and ride it.

Having tested out a lot of bikes over the years, he’s getting good at deciding what he thinks, and this was one of the quickest decisions I’ve seen him make (only beaten by a rental bike with damaged brakes which he quite rightly refused to pedal!)

We’d not even reached the end of the road, and he was shouting out “Wow! This is incredible – they don’t want it back do they?”  Within minutes he was waxing lyrical about the comfort of the ride, the ease of changing gear and the quality of the braking.

Gear changing on the Worx JA-700

Because we live in Cumbria hills are an inevitability, so the Microshift R9 11/32 cassette at the rear and 46T/34T chainring at the front were red hot from use within minutes. Virtually every other bike N has ridden has been a single up front, so he’s never really had to worry about changing gear with both hands before.  I was expecting some teething problems, but the smoothness as he used the Microshift R9 short reach shifters was impressive. There were no grating noises as he learnt how to use them, no cries of exasperation as the gears failed to move as quickly as he wanted, no struggling with oversized or difficult to move gear levers.  Yes, the first ride was a bit trial and error, but by the second ride out he’d mastered it.

What’s been impressive to me is how confidently he is riding, and how much he’s enjoying his cycling.  It’s obvious that he instinctively trusts the bike to handle what he asks of it, and he’s been powering up the hills and flying down the other side with a huge smile on his face, with me behind struggling to keep up. 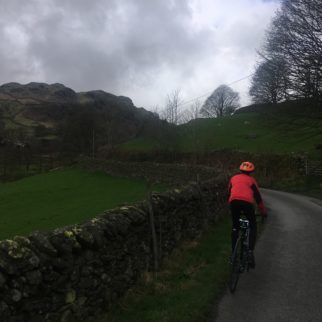 And, here is the main thing about this bike – it’s VERY fast.  Worx don’t make bikes for any other reason than winning races. This means the JA-700 needs a rider who can control the speed. It’s definitely a bike for experienced cyclists who want to ride as fast as possible, rather than for those who prefer a more leisurely ride.

Thankfully the Tektro ORYX cantilever brakes are very sharp and the Continental Grand Sport Light tyres nice and grippy, which is just what’s needed when you’re riding in such a hilly area.  It’s not something we deliberately set out to test, but we had a hair-raising moment on our second ride.  N was enjoying a steep Lakeland descent on a quiet, narrow road and came around a corner to find a car coming up the hill.  The fact he stopped and remained upright was impressive, and a great example of the bike and the rider working in unison.  We obviously had a chat about appropriate speed when descending and taking bends, and I can see there’s going to be a constant need to reign him in as he gets stronger and taller as the review period continues. 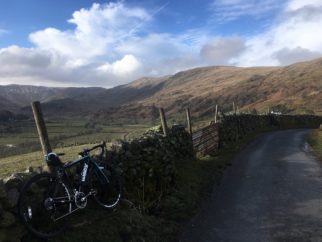 After years of riding along with a child on a bike with small wheels, the move up to the JA-700 has been quite challenging for me.  On our third ride out, I set numerous personal bests and even got a Strava trophy for being the 9th fastest female rider ever on one of the segments.  And N is still only 11!!! I predict you’ll be reading about my transition to e-bikes very soon…..

N has declared that he’s much preferring road cycling to mountain biking at the moment, which he confesses is purely down to the bike.  We’ll be putting the Worx JA-700 through it’s paces over the summer months and will come back to let you know how it fares over the entire review period.  In the  meantime, if you follow Cycle Sprog on Instagram you’ll get to see some photos of it in action over the summer.  If you’re not already signed up for our newsletter and following us on Facebook, then you need to if you want to know when the final review goes live.

Where to buy the Worx JA-700 junior bike

Worx bikes are available exclusively through the Worx website, with the JA-700 retailing at £695.

At the moment, we’re using the Worx JA-700 with road tyres, but it’s also possible to purchase with Continental CycloX-King tyres instead if you’re wanting the bike for cyclo-cross racing – give Worx a call to discuss.

The 700c bike also comes in a ‘Pro’ version with carbon forks as standard for £845 (there’s a faster wheel set available too at extra cost), plus there are 24″ and 26″ wheel versions available for younger riders.

Cycle Sprog have been provided with a Worx JA-700 for review by Worx Bikes. 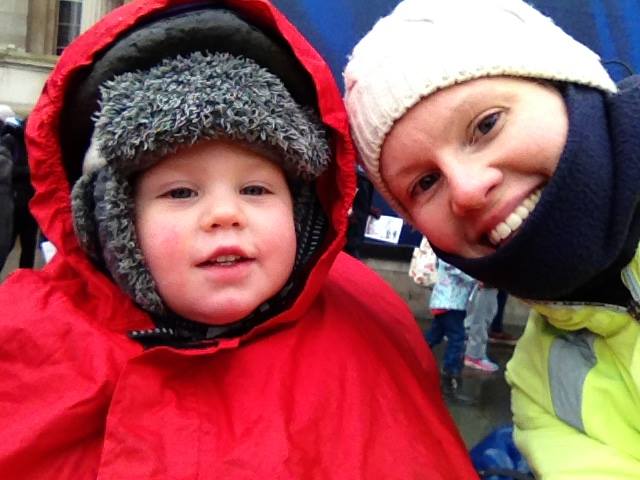 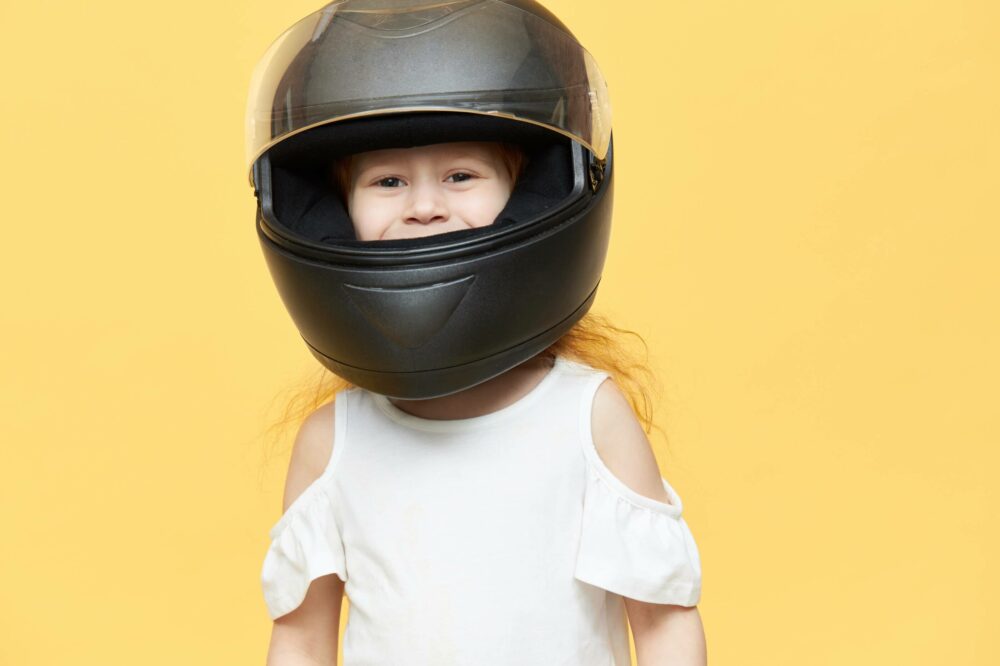 Does my child need a full face helmet when cycling?

It's tempting to go all out for protection and get your child a full face helmet. But is this the best idea? 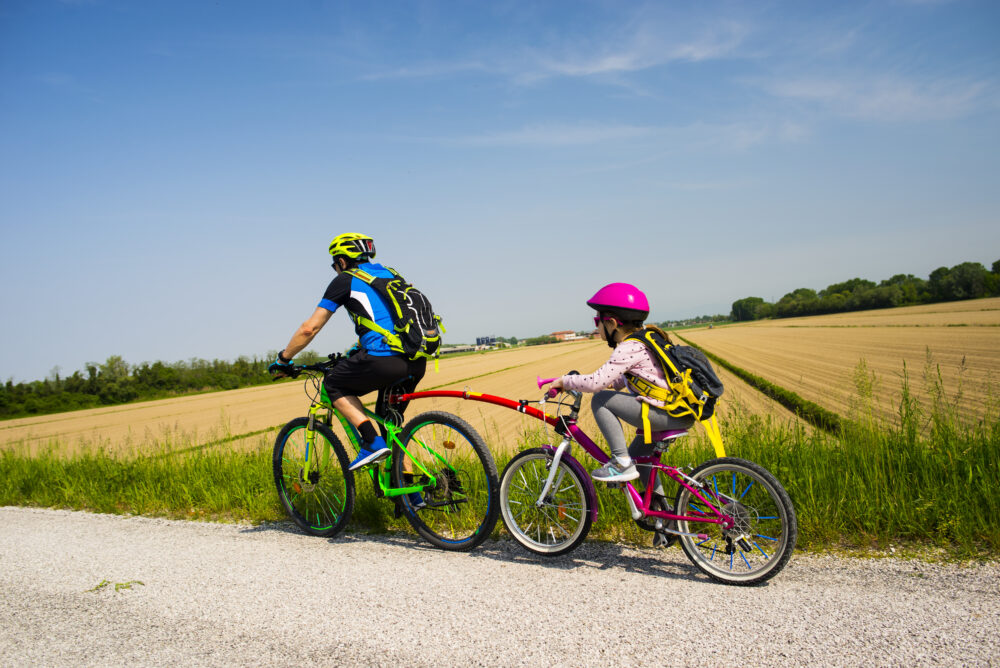 How do I pull a child’s bike behind my bike?

When your child is old enough to pedal but not able to ride long distances, what do you do?

Hi Jack – we’ve only reviewed the “normal” so cannot comment on the difference between them. As with all bikes there will be marginal gains to be had with the improved specification – the normal is a great bike so I can only assume the Pro is even better! Karen

Thanks for the great review. How tall has the ‘reviewer’ been at the time of testing? Just to have a rough idea ifnthe bike would fit our son.

Thanks a lot,
Sebastian

Hi Sebastian – when he got the bike he was 154cm tall (inside leg 78cm) and he had plenty of room to grow. He’s now about 168cm (he’s had a massive growth spurt!!) and it’s starting to get on the small size. Hope this helps. If you call Worx with your son’s measurements they will be able to advise. Karen