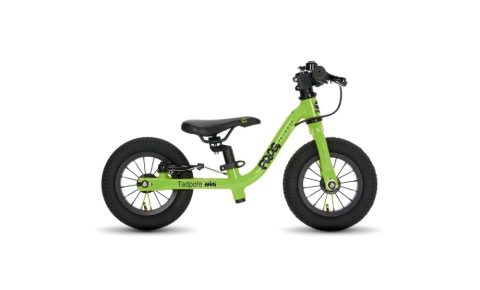 The Frog Tadpole Mini balance bike does have a rear brake which will allow your child to get used to braking when they are ready. However, don’t expect a very young child to use them – feet are more than adequate for stopping!

The tyres are pneumatic, which means you can take this bike outside and ride on a variety of surfaces, and there’s a quick-release seat post so the bike easily grows with your child. 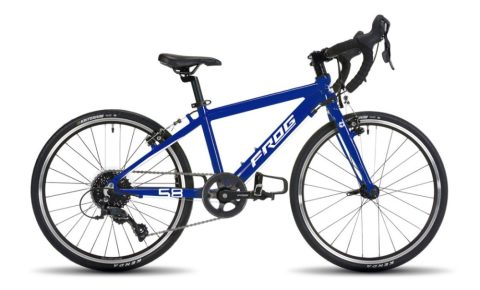 The Frog Road 58 makes a good first drop handlebar bike for those wanting to start riding on roads, circuits or at cyclocross events.

The frame has clearance to fit both slick road tyres and more grippy cyclocross tyres, which makes this a good choice kids bike for youngsters racing in triathlons and cyclocross as well as riding on the roads.

When we reviewed the Frog Road 58, one thing our 7 year old tester really liked is that it comes with auxiliary brake levers on the handlebar tops. These are very useful if your child is not confident enough to lean forward onto the drop handlebars.   [sc name="bike-club-frog-bikes" bike_name="Frog Road 58" ][/sc] 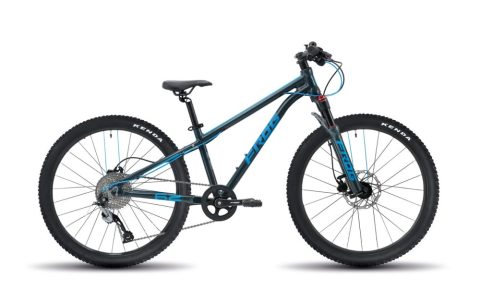 The Shimano rapid-fire 9-speed shift lever is an easy to use way to move the chain.

When we reviewed the slightly larger Frog MTB 69 our only complaint was with the supplied tyres, but the later versions have been upgraded to have a bespoke mountain bike tyre which is much better for off road riding. 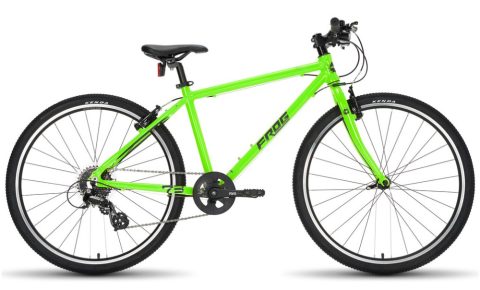 The Frog 73 is a good all round bike which will be happy on most terrains so ideal for children who ride anywhere and aren’t specializing in any one particular kind of cycling.

It has an 8 speed Shimano gear system operated by thumb shifters and having an 11-32T cassette, which should be good for all but the steepest hills.

The larger Frog bikes have lost the childish branding of the smaller bikes, so should appeal to an older audience.  However if you have a shorter but older child in their teens don’t be surprised if you find some resistance and the desire to move onto a more “adult” brand, as Frog is very much known as a kids bike brand. [sc name="bike-club-frog-bikes" bike_name="Frog 73" ][/sc] [sc name="bike-club-26-inch-deal" ][/sc] 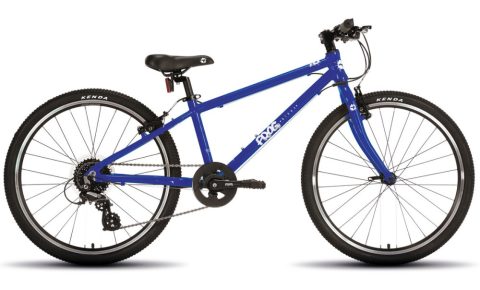 The Frog 62 is sized for a child with a minimum 62 cm inside leg (that’s how the Frog naming convention works, which is an easy way to decide which bike your child needs).

Weighing in at 9.25kg the bike is nice and light, meaning your child will be able to easily manoeuvre it as well as lift it up and over any obstacles on the way (think steps, high kerbs or debris on a trail).  The seat post and wheels are quick-release, making adjustments and maintenance easy. [sc name="bike-club-frog-bikes" bike_name="Frog 62" ][/sc] [sc name="bike-club-24-inch-deal" ][/sc] 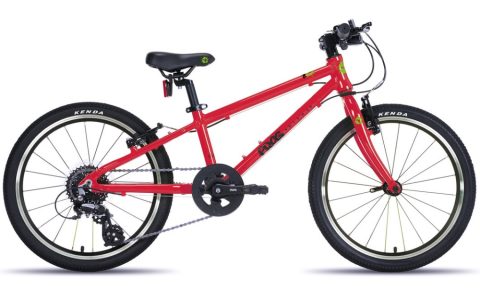 The Frog 52 therefore has everything you’d expect to see on a quality kids bike designed for a child using gears for the first time.  It was discontinued in 2021 so is now only available secondhand or to lease. It’s last retail price in 2021 was £400.

The gears are simple to use – there’s a single chain ring at the front so your child doesn’t have to worry about changing gear with both hands.  The 8 gears are operated by an easy to use thumb shifter designed for small hands, and the spread of gears should help them get up all but the steepest of hills.

There’s plenty of room for growth with the Frog 52. The handlebars can be lowered or raised within a range of 54mm and it’s easy to adjust the seat height using the quick release system. 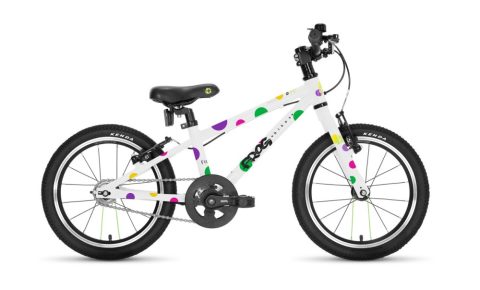 Frog Bikes come with everything you expect from a quality kids bike – child specific components, a good riding position and a light weight frame which all combine to make learning to ride such great fun.

The Frog 44 is a new version of the really popular Frog 48, their previous sixteen inch wheel bike.  They’ve introduced a lower standover for the frame, meaning children can start riding it with legs 4 cm shorter than before (i.e 44cm rather than 48cm inside leg). 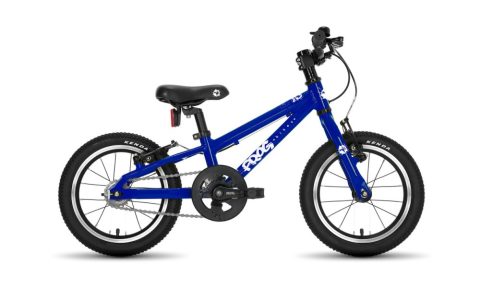 Frog’s smallest pedal bike is the 14″ wheel Frog 40 (Frogs are named after the shortest leg length that the bike suits – in this case 40 cm).

It’s a lightweight bike so it’s easy for a child to ride, and has all the child-sized components that give parents peace of mind that their child is riding safely. 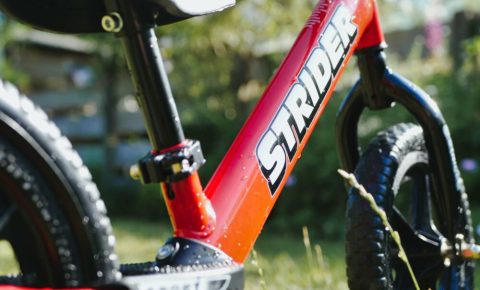 Strider, a name synonymous with balance bikes, has been doing pedal-less bikes for kids since 2007. From modest beginnings, Strider has grown into a global community, sold millions of balance bikes worldwide and have even hosted the Strider Cup World Championships! We were therefore really pleased when The Bike Club asked our 3 year old… 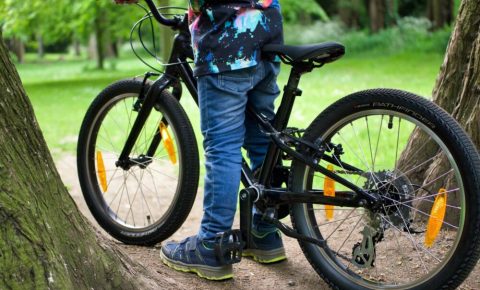